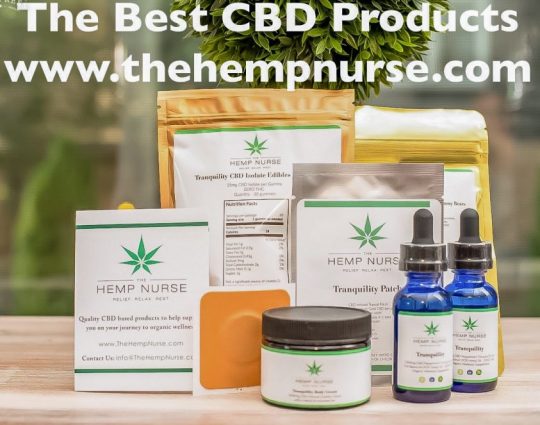 CBD in the USA and the Benefits

What Exactly Are The Health Benefits of CBD Oil?

Cannabidiol, or CBD, is one of the two most abundant cannabinoid chemicals found in the cannabis (marijuana) plant.[1] Whether in oil, vapor, candy, or coffee, CBD is growing in popularity for its effects on pain, chronic illness, inflammation, cancer, brain disorders, and so much more.

The other well-known chemical in cannabis is tetrahydrocannabinol, or THC. The main differences between the two, coming up. Read on to find out all about CBD, how it’s made, how to take it, the legal stuff, and more.

What is CBD? Cannabis vs. THC vs. CBD

THC and CBD have the same basic molecular structure, with subtle differences in the arrangement of atoms that makes the difference between getting high and not. If you’re after the whole mind-altering route, this is the article you’re looking for.

The main difference between CBD and THC? THC causes euphoria and other mind-altering effects, CBD doesn’t. Not even a little bit. Also, THC is in high quantities in marijuana, and CBD is abundant in hemp.

So, CBD and pot aren’t the same thing, unless you’re a politician. More on that in a minute.

What does CBD do? CBD oil benefits

Since all cannabinoids are Schedule I drugs in the US and Schedule II in Canada, you have to jump through a bunch of hoops and red tape to get your hands on it for research.

Research is emerging and more comprehensive studies are needed, but science is getting there. Here’s just a smattering of the things scientists were able to demonstrate that CBD does:

There’s more — anxiety, neurodegenerative diseases, autoimmune conditions — CBD is worth a look in any disease process that’s rooted in inflammation (which is most of them).

CBD is generally well tolerated.[22] Some people report that it makes them sleepy or drops blood pressure. Since there are cannabinoid receptors in the skin, you might notice dry skin after using CBD. But a thorough review showed that CBD does not effect:

The review found that extremely high chronic daily doses affected the liver metabolism and some fertility measures, but you need a lot of CBD to get there.

Just like grain and vegetable farmers, cannabis producers spray their plants with pesticides and synthetic fertilizers. So, you can end up with adverse effects from the chemicals that have nothing to do with the active ingredient, CBD. Research the brand and choose pure products without chemicals.

Does CBD show up in drug tests?

Hemp-derived CBD isn’t pot, but depending on the strain it could contain trace amounts of THC — not even close to amounts that will get you high. If you’re using extremely high doses of CBD (looking at 1000 mg a day or higher every day), your exposure may be high enough to give you a positive result. This should be considered a false positive result, since CBD use is not drug use. But, interpretation is up to the party who orders the test.

If your employer does random drug screens, dig into your HR materials to see if using CBD might lead to any hassle.

This is not legal advice and wasn’t reviewed by any lawyers, so consult a licensed attorney in your own jurisdiction to find out whether CBD is legal or not.

Hemp-derived CBD isn’t pot. It’s not the same thing as THC and it’s not psychoactive. Still, all cannabinoids are classified as Schedule I drugs in the US and Schedule II in Canada, due to a combination of politics, miscategorization, and a lack of understanding of the differences in chemical profiles and neuroscience.

Understandable — it’s hard to get a tenacious politician with zero biology background to have a meaningful conversation about how the brain works.

You’ll come across the claim that CBD Oil is legal in all 50 states. Some retailers hold that CBD isn’t the drug version of cannabis, and isn’t subject to the same drug laws as medical marijuana is. You’ll read that retailers are free to ship it anywhere they want to in the United States and in 40 additional countries. Since it’s a dietary supplement, you can find it online, in health food stores, and at marijuana dispensaries.

CBD is a new supplement, and when something new comes onto the scene with some some amount of perceived crossover with something that’s well-known and demonized, like marijuana, you end up with a big ol’ gray area to contend with.

Forms of CBD and extraction methods

The CO2 method involves pressurizing the plant material using carbon dioxide, which results in a relatively stable, pure, potent oil. This isn’t a DIY job unless you’re going into business, because you need pricey equipment and expert training. If this is the kind you want, you can look for “CO2 extracted” CBD oil on the label.

Manufacturers use solvents such as hexane, ethanol, ether, or methanol to get the medicinal oils out of the plant material. This is the most common method manufacturers use for vape pen cartridges. Solvents are highly effective at drawing out the oils, but there are a few problems with this method.

Most commonly, you’ll see CBD oil infused in extra virgin olive oil. This involves steeping the plant in olive oil for several weeks. If you need it now, you can buy CBD infused oil, or if you can get your hands on some high-CBD plant material, you can extract your own. CBD infused oils are perishable, so keep it in a dark glass container in the fridge.

How to make a CBD infused oil in 5 steps

If your oil takes on a funky smell or grows scum or fuzz at any point during or after the process, dump it into the trash and start over.

Get at me Dog- With CBD

CBD Oil Drops For Pets Pet Stress ReliefJust like us humans, dogs and cats also can experience the negative effects of stress and sometimes suffer from things like separation anxiety while you’re away for the weekend or at work throughout the day. If your pet or animal suffers from separation-related stress or doesn’t cope well with stressful situations generally, our […]

If your pet or animal suffers from separation-related stress or doesn’t cope well with stressful situations in general, our cbd oil may be just what they need to feel calm and relaxed.

How Long Does CBD Last

CBD (cannabidiol) is a compound found in cannabis that has been shown to provide relief for many people suffering from pain and anxiety. It’s also being studied for its potential role in treating other medical conditions.

Why You Should Try CBD Today?

What is Cannabidiol Oil? Cannabidiol oil, also known as CBD oil, is a natural remedy that has been used for centuries to treat a variety of medical conditions. It is made from the Cannabis sativa plant, which is also known as marijuana. However, unlike marijuana, cannabidiol oil does not contain THC, the compound that causes […]

CBD Can Stay In Your Body

CBD Oil for Pain in your body! #CBD

How to Improve Your Health

Get at me Dog- With CBD

How Long Does CBD Last

Why You Should Try CBD Today?

We offer quality and fully compliant products made with CBD that has been extracted from U.S. grown, industrial hemp. Every plant is organically grown, third-party tested and guaranteed to be free of contaminants. We utilize a CO2 extraction process that allows us to draw CBD from the plant material and filter out unnatural substances, maximizing pure CBD concentration.

This safe and gentle extraction method is critical for yielding the highest quality cannabidiol found in the hemp plant.